By now you’ve heard of Ed Sheeran and his amazing voice. With great vocals, instrumental skills and of course his sweet personality, its easy to see why Sheeran has made quite the impression on the ears of many!

The newest gift Sheeran is giving fans since the release of his latest album is a full fledged, all out, global tour this year! The tour is trekking across South America this April and will begin shows in North America beginning May. The tour continues through September making some stops at a few summer festivals (hooray!), and it will conclude in Foxborogh, MA on September 25, 2015.

Ticket sales are limited and are on a first come first serve basis. We cannot guarantee any prices or availability. Due to the popularity of this show, getting tickets early is recommended, as most shows as of right now are completely SOLD OUT.

Pop superstar, Ariana Grande, will be headlining her first North American tour in 2015! The Honeymoon Tour is set to begin February 25th in Kansas City, MO and continue through April, where the tour will conclude in Vancouver, BC.

The tour announcement comes following the release of Ariana’s second no. 1 album.  Last year, the songstress performed at many smaller venues and concerts, so this is going to be a new venture which fans are very excited for! 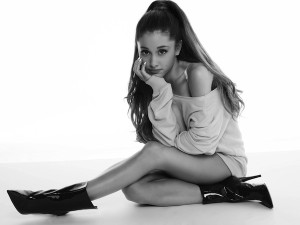 The full tour is listed below:

The Vans Warped Tour is celebrating 20 years of great bands and their fans with the 2014 tour! The lineup is as big as it’s ever been with some of the best musical talents to rise throughout the past two decades.

Music fans will have the chance to explore new styles, as well as enjoy some of their favorite genres with this eclectic mix ranging from punk, pop, rock, acoustic, electronica and even rap with acts, such as Anberlin, Bayside, Brian Marquis, Chelsea Grin, Echosmith, Emilie Autumn, Mayday Parade, The Devil Wears Prada, The Maine, This Wild Life and Yellowcard.

The full line-up is here, with some bands only appearing on certian dates, (indicated to the right).