Premier League Football – Sunderland full March schedule and scores can be found below from A Place for Tickets.  Sunderland opened their first game of the month with a 1-1 draw against Hull City.  Their performance against Aston Villa was lacking as their defense let a whopping 4 goals through.  It was less of a bruising when facing West Ham a week later on Boleyn Ground.  Sunderland was still edged out 0-1 after a late-game goal from Diafra Sakho.

Premier League Football – Stoke City added a third game to their winning streak at the beginning of March beating Everton (2-0).  Unfortunately, their luck ran out when facing West Brom on the 14th as they were edged out 0-1.  In their last game for March, they played Crystal Palace at Britannia Stadium, but ultimately fell to a stronger offensive losing 1-2.  This Barclays Premier League season, A Place for Tickets can take you to all of the games!

Premier League Football – Southampton had just 3 fixtures for the month of March.  Their first opponent was Crystal Palace and Southampton managed to score the sole winning goal.  It was a much tougher affair against Chelsea, resulting in a 1-1 tie.  On the 21st of March, Southampton had a huge win against Burnley at St. Mary’s Stadium.  A Place for Tickets can take you to all of the Southampton’s games this season!

Premier League Football – Queens Park Rangers March schedule and recap can be found below from A Place for Tickets.  In their 3 games for the month of March, QPR came up just short each game.  In their opener against Arsenal, they were shutdown, 2 goals to 1.  Their fixture against Crystal Palace at Selhurst Park was another loss, 1-3.  Finally, against Everton, QPR was once again outmatched in a 1-2 loss.  As the Barclays Premier League heads into May, A Place for Tickets can take you to all of Queens Park Rangers games.

See the full list of dates and games below:

Premier League Football – It was a stunning March for Manchester United this season, winning all three of their games.  The first victory at St. James’ Park against Newcastle was a simple 1-0 affair.  Against the Spurs on March 14th, they dominated with 3 goals to nil.  Finally, in their fixture against Liverpool, they scored 2 goals to Liverpool’s 1.  A Place for Tickets can take you to all of Manchester United games this season!

Premier League Football – It was a great March for Manchester City winning two of their three matches whilst retaining their second place position.  On the 4th, they handily defeated Leicester City, 2-0.  Against Burnley, however, they came up short losing 0-1.  Finally against West Brom, it was a clean sweep winning 3-0. A Place for Tickets can take you to all of the Manchester City’s games this season with ticket info below:

Premier League Football – After five consecutive wins through February and March, Liverpool jumped 2 spots in the Premier League.  Their first loss was at the end of the month facing a daunting Manchester City (1-2).  Prior to it, they won against Burnley (2-0) and Swansea City (1-0).  A Place for Tickets can take you to all of the Liverpool’s games this season!

By now you’ve heard of Ed Sheeran and his amazing voice. With great vocals, instrumental skills and of course his sweet personality, its easy to see why Sheeran has made quite the impression on the ears of many!

The newest gift Sheeran is giving fans since the release of his latest album is a full fledged, all out, global tour this year! The tour is trekking across South America this April and will begin shows in North America beginning May. The tour continues through September making some stops at a few summer festivals (hooray!), and it will conclude in Foxborogh, MA on September 25, 2015.

Ticket sales are limited and are on a first come first serve basis. We cannot guarantee any prices or availability. Due to the popularity of this show, getting tickets early is recommended, as most shows as of right now are completely SOLD OUT. 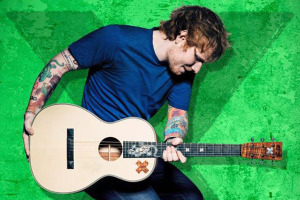